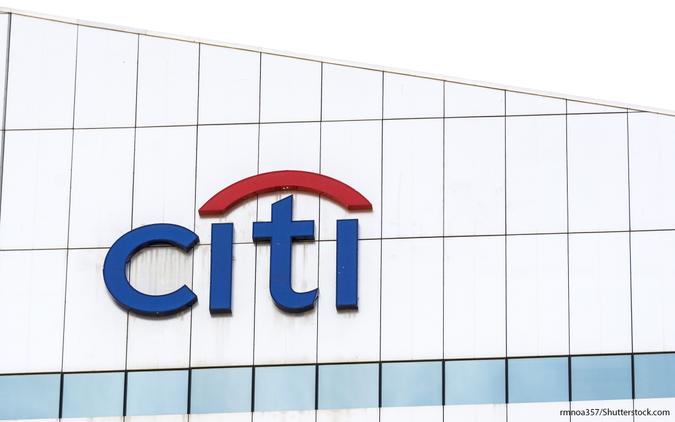 Most investors know Citigroup as one of the largest banks in the United States, falling in the same line as Bank of America and JPMorgan Chase. Although it previously did not perform as well as the competition, Citigroup has turned a new leaf with Jane Fraser taking over as the first woman CEO to run a major bank in the country.

The stock price has gone up substantially and seems to be in a good place for potential long-term growth. Moreover, many impactful transformations are underway in Citigroup. They may help the bank and its stock do better than before.

Does that mean you should invest in Citigroup stock? Is the stock worth a buy despite performing worse than the other major banks in the country? Find out in this guide.

Looking at these figures, you can easily say that Citigroup stock is worth an investment. But you should also be familiar with the concerns regarding the bank and its stock.

With the appointment of the new CEO, there have been several changes in Citigroup. Some of them are concerning for investors.

Earlier in 2021, Fraser announced that the bank would sell or exit its consumer banking franchise in about 13 global markets. The decision was made to free up a whopping $7 billion. Although investors initially supported the idea, Citigroup’s exit from the first two global markets has not been very smooth. The bank’s first sale was of its consumer franchise in Australia. The sale resulted in a pre-tax loss of $680 million in the third quarter.

Secondly, Citigroup announced that it would exit its consumer franchise in South Korea without selling it. That move can cost the company over a billion dollars.

Although these two exits have freed up about $2.8 billion of capital, investors are still hoping for the future exits or sales to be smoother than these.

The bank is undergoing massive transformations but doesn’t seem to be getting too much credit from the market. Thus, the bank’s management will have to execute their plan extremely well since the investors and analysts are holding them up to high standards.

If Citigroup wants to attract stakeholders and investors, the management will have to leave no room for error.

Earlier this year, Citigroup’s board of directors approved incentives based on which three key figures in the organization could potentially earn up to $5 million based on how well the transformation plan goes.

The incentives will be based on these individuals’ performance. While incentivizing the management boosts performance, investors aren’t exactly pleased with the idea. The bank’s stock has been underperforming for years, and it’s easy to see why investors are cautious and understandably so.

Even if the bank has a basis for justifying this compensation, shareholders and investors don’t have enough patience left. They want to see the bank putting them above the needs of its management.

Is Citigroup Stock Worth the Investment?

Whether or not you’re considering if Citibank stock is a good buy right now depends on the success of the bank’s transformation plans. The earning reports of the fourth quarter of 2021 will be released in January next year. Although every subsequent report for the bank will be of utmost importance, this report could dictate how the investment trajectory will look for Citigroup.

Citigroup will also organize an Investor Day on March 2, 2022. The bank will lay out its transformation plans in front of the investors, giving them a peek into the full vision for the organization. Hopefully, Investor Day will give the investors some tangible information about the bank, such as the return on equity the bank is expecting to achieve or what the trends for the expenses will be.

It’s also important to remember that Citigroup still has to sell many of its global markets to free up the remaining capital. If these sales go better than the previous two, the bank’s stock could do much better.

Another reason the stock is an attractive investment is its current price. At the moment, the stock has a price-to-book ratio of 0.6582, as of Dec. 27, 2021, which means it’s trading below its assets’ value. Such a number is an indication of a stock that has an attractive value, especially when you factor in the efficiency of management and growth potential.

Return on Equity is a metric to measure the investment worthiness of an organization. It is calculated as the income of a company divided by the average equity of the shareholder over the last 12 months, including any earnings that have been reinvested into the company. Citigroup also has a return on equity of 13.12%, which indicates that the bank is going in the right direction since this value is higher than the average in the banking industry.

All in all, Citigroup stock is worth a buy since it has been doing well lately. The metrics also show the bank’s potential to perform even better next year. If the further exits and sales of the international markets go well, the bank’s stock will certainly do well too.

As evident from the current standing of Citigroup bank, it’s straightforward that investors should consider putting their money in Citigroup stock. The bank is expected to undergo major transformations in the coming year too.

The earnings report for the last quarter of 2021, along with an insight into the company’s full-blown transformation plans, will further help determine how much potential the stock has.

Ajiraonline
View More Posts
Ajira Online was established on 19th july 2020 by a Long time blogger christopher Alberty . He is a self-trained guy, A part-time blogger, and a computer expert since 2014. He is very passionate about blogging and his area of interest is Software

How To Win HelaBet

Club with Most Players in Qatar World Cup 2022?

Top and The Most Popular Sports in Brazil

Kenya could be banned from athletics due to the doping scandal.